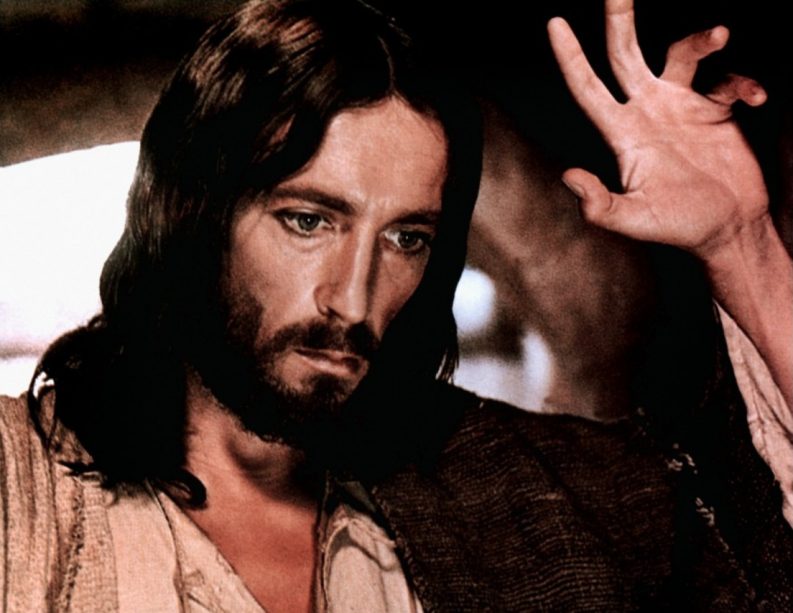 It’s hard to believe, but 2017 marks the 40th anniversary of Franco Zefirelli’s Jesus of Nazareth. Filmed in Morocco and Tunisia, and with a huge star-studded cast, the British/Italian miniseries aired on TV in the run-up to Easter 1977 in four two-hour episodes, reaching many millions of people throughout the globe.

Over the summer I participated in a four-part programme commissioned by the Smithsonian channel to mark the anniversary. Zefirelli’s film had stressed the divine Jesus: this was a Saviour equipped with unblinking eyes, an otherworldly, ethereal presence, and accompanied throughout by the film’s haunting soundtrack. The idea of the new programme was to have Zefirelli’s Jesus, actor Robert Powell, go to Israel in a quest to discover the ‘real’ Jesus (by which they meant the ‘historical’ Jesus of Nazareth). My role in all of this was to spend five days in Israel, meeting with the actor in various locations (including the splendid excavations at Magdala) and to talk on camera about the man from Galilee. 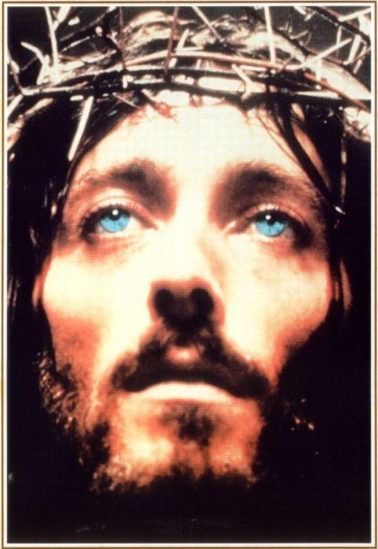 I’ve done this kind of thing before, and most programmes follow the same kind of format, but what was unusual about this trip was travelling about Israel with Robert Powell. Of course he’s much older now, but he’s still recognisably the same man, and there’s nothing like being surrounded by a camera crew to focus people’s attention. Everywhere he went, he was greeted by people who remembered his portrayal of Jesus; some had even made momentous life-decisions after having seen the film – one had become a nun, another a priest.

I’d never before considered the aftermath of playing a role as iconic as Jesus. When Powell signed the contract back in 1975 he wasn’t simply agreeing to act a part but taking on a huge responsibility; from then onwards, he would be Jesus for millions of people throughout the world. Even at the time there was disquiet about the fact that he was living with his girlfriend (surely not a thing that Jesus would do!), and it was clear from discussions with him that he has taken the responsibility of ‘being’ Jesus seriously even since.

Before I met Powell I had joked that he was ‘my’ Jesus too. I just about remember the TV series, or at least an early repeat, and I remember the deep impression it made on me. Of course as a scholar my reconstruction of the historical Jesus is worlds apart form Zefirelli’s: I’m convinced that Jesus was an apocalyptic prophet, announcing God’s imminent establishment of his Kingdom. With Schweitzer, I expect that I would have found him unfathomable, unruly and unpredictable. And yet there’s something of Powell in my mental image. The gospels say nothing of Jesus’ physical looks (a curious omission I always think; why not bestow on him Davidic good looks?), so it’s perhaps natural – or at least excusable – that in my less reflective moments I tend to think that he looked something like Powell.

Zefirelli made a specific decision that Jesus should be played by an unknown actor, someone who wouldn’t bring a host of other associations to the part. And this worked well for Powell, perhaps explaining to some extent why the audience were so quick to identify him so completely with the role. But what of other characters in the biblical drama? The defining feature of most of the supporting cast was their fame; in fact, the series could boast a galaxy of stars – Laurence Olivier, Donald Pleasance, Christopher Plummer, to name but a few. And while more recent biblical dramatizations have tended to eschew well-known faces (History’s The Bible, for example), almost all of the supporting cast in Zefirelli’s drama were well known for other roles. 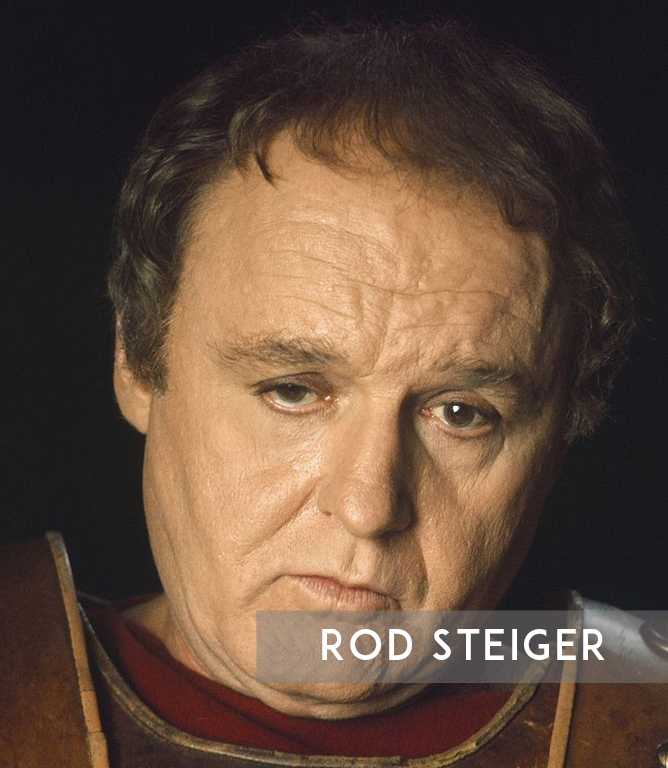 Take Pilate, for example. The role of the Roman prefect was played by Rod Steiger, noted (as Wikipedia so aptly puts it) for his ‘offbeat, often volatile and crazed characters.’ Steiger brought to the role a pre-history of tough mobsters and police-chiefs, he’d even played Napoleon (Waterloo, 1970), and the lead role in Mussolini (1975). His Pilate (in full legionary dress) is a weary military man, dismissing Jesus as a ‘dreamer’ and handing the whole affair to the will of the Jewish people through the paschal amnesty. This could easily be a wishy-washy Pilate, but it’s not; Steiger’s bemused interrogation naturally reminds viewers of the harsher characters he’s played, and when he looks at both Jesus and Barabbas and wonders who the real enemy is, we understand it as a flash of political insight. 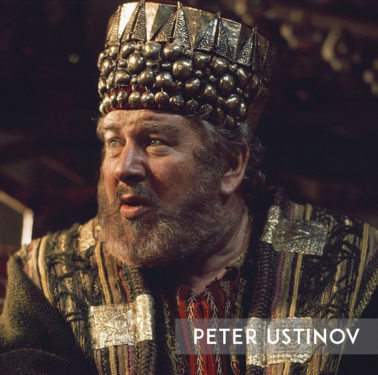 Watching the film now, 40 years later, I’m also struck at the way other characters have been defined by their post-film lives. Take Herod, for example, played by Peter Ustinov. The actor’s large personality, sonorous voice and well-fed kingly opulence all evoke the kind of images we might well associate with Herod. His own exotic background (he was Russian nobility with a mix of Ethiopian, German and Jewish) brought a sense of ‘otherness’ to the role, at the same time that his public school demeanour saw him consorting effortlessly with the Roman elite, and treating his people with condescension and scorn. He managed to convey a sense of crazed ruthlessness, heightened all the more by his final cries of ‘Kill them all’. Viewers at the time no doubt remembered similar roles played by Ustinov – Nero in Quo Vardis (1951), and Lentulus Batiatus in Spartacus (1960). And yet, watching it now, I’m struck by a mismatch in what I know of Ustinov’s later work, both on and off the screen. He became a respected intellectual and diplomat, and (rather ironically, given his role here as Herod), a Goodwill ambassador for UNICEF, and won a Grammy award for the best recording for children. I was at Durham University when their Graduate Society was renamed Ustinov College in his honour, and I’ve seen him countless times as Agatha Christie’s loveable detective Hercule Poirot (a role he played from 1978 onwards). Do I interpret Ustinov’s Herod differently now than in 1977? I suspect I do, not only because I’m older, but because I associate the role with everything that I now know about the actor.

As biblical scholars, we may think we’re above this kind of thing, that popular presentations don’t affect our unconscious bias. But I’m not so sure. Perhaps it’s particularly with the minor characters that we need to be on our guard, where the gaps in our knowledge are so great that a Ustinov or a Steiger can get into our minds and affect our interpretations not just once but in an ever-increasing spiral as subsequent roles and knowledge add extra facets to the biblical characters we think we know. . .